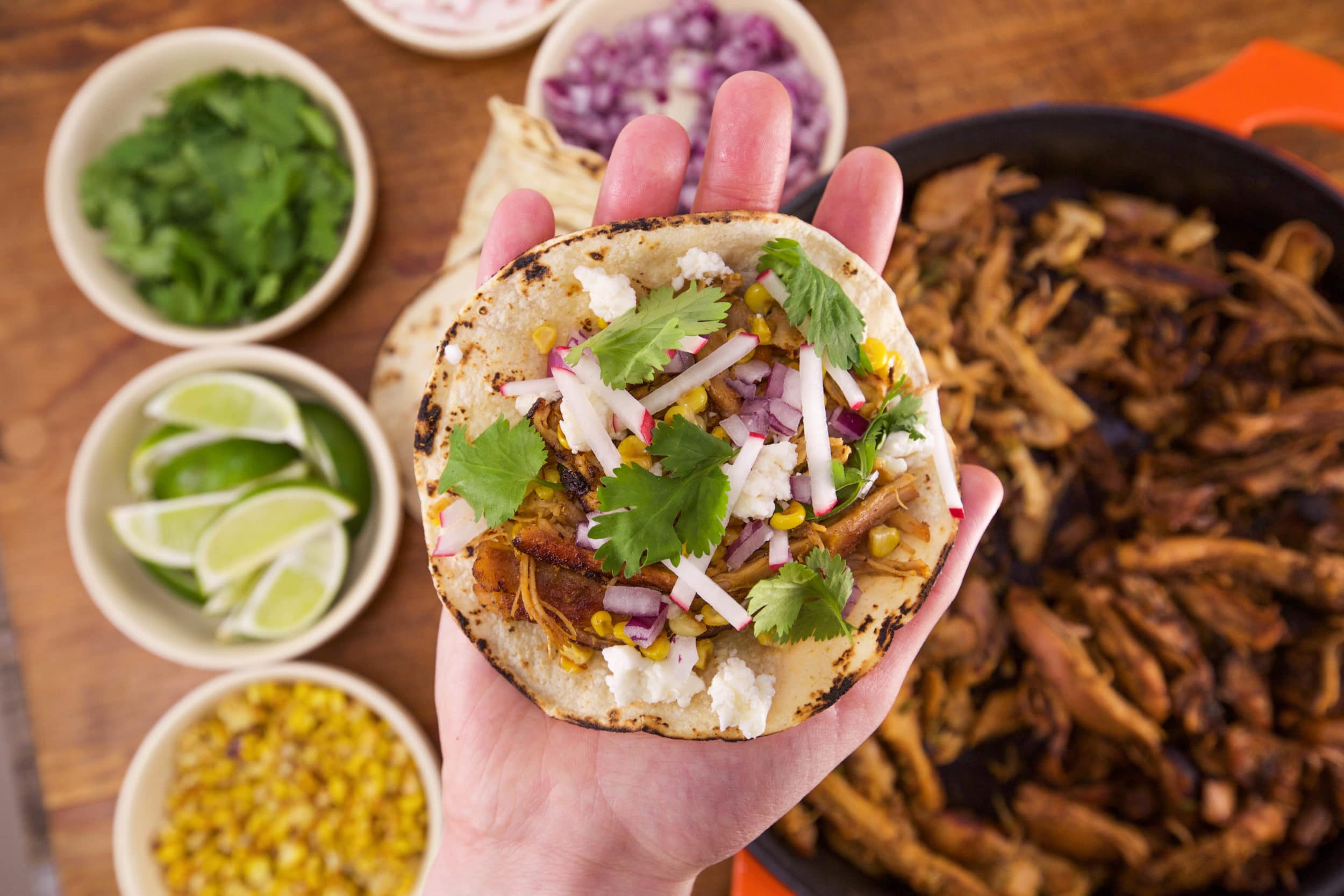 Heat a cast-iron skillet over medium-high. Add oil, three turns of the pan. When the oil ripples and smokes, add the turkey, cumin, coriander and chili powder; season with salt and pepper. Cook until the turkey is browned and crispy at the edges, about 15 minutes.

Working directly over a gas flame or in a dry, nonstick skillet, cook the tortillas over high heat until charred in spots, about 30 seconds per side.

Serve the turkey with the tortillas and toppings of your choice.

Fish and Seafood Pasta Summer
This recipe originally appeared on the Rachael Ray Show. For more recipes and videos from...

Tagliata with Slow Roasted Tomatoes and...