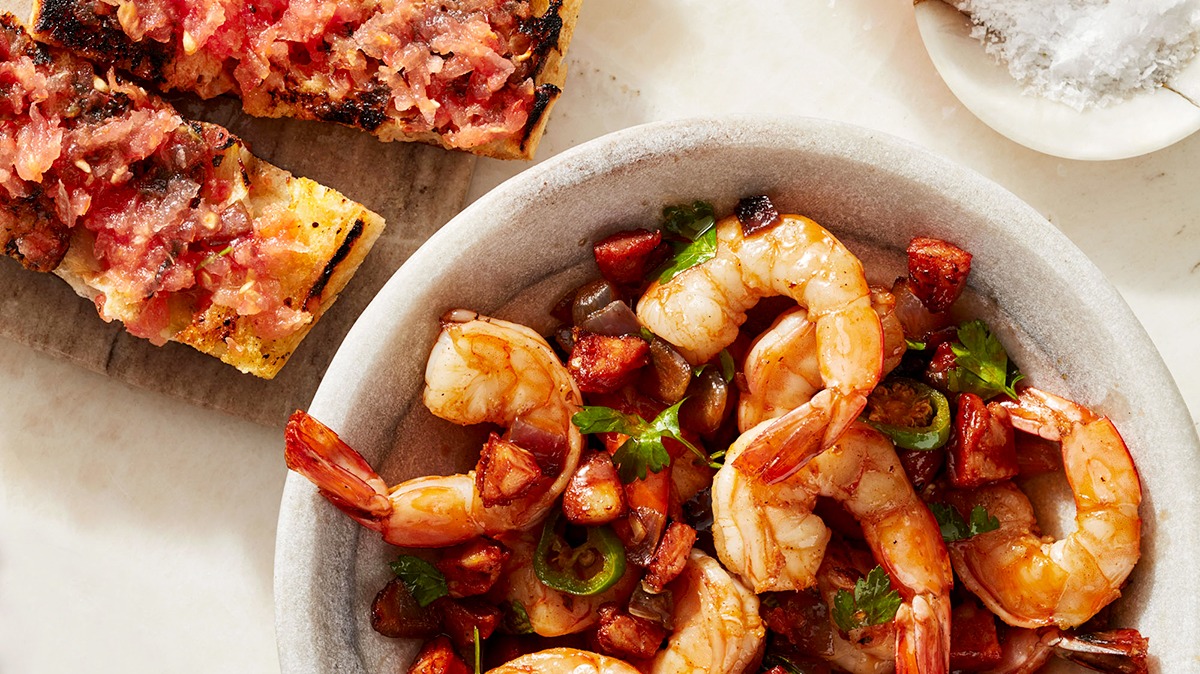 Using the large holes on a box grater, grate the cut sides of the tomatoes into a bowl. (Discard the skins.) Season the grated tomatoes with salt.

In a shallow bowl, toss the shrimp, chopped garlic, paprika, and cumin; season with salt and pepper. Let the shrimp marinate for 10 to 15 minutes.

In a large skillet, heat 2 tbsp. oil, two turns of the pan, over medium-high. Add the chorizo and cook, stirring constantly, until the fat begins to render, about 1 minute. Add the onion and chiles. Cook, tossing often, until the vegetables soften, about 2 minutes. Add the shrimp and cook until pink, about 2 minutes. Add the sherry and cook until absorbed, about 1 minute. Mix in the parsley and lemon juice.

Working over an open flame on a gas stove or using the broiler, toast the cut sides of the ciabatta until charred at the edges, about 3 minutes. Rub the bread with the halved garlic clove, then drizzle with the remaining 4 tbsp. oil. Cut the bread into 10 to 12 wide strips. Top with the grated tomatoes. Serve the shrimp with the tomato bread.

Boiled Broiled Dinner Quick + Easy Rachael Ray In ... Vegetables
I rarely order broccoli rabe in a restaurant because it's often cooked to death. This...