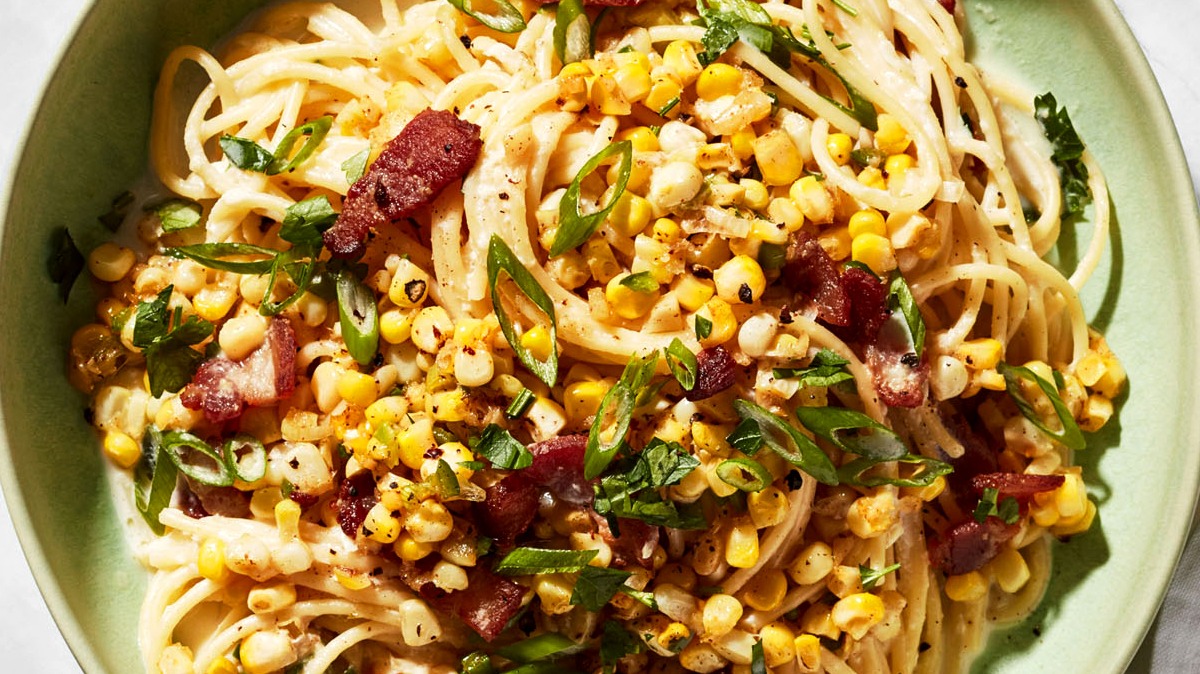 Invert a small bowl inside a large bowl. Stand 1 ear of corn on the smaller bowl. Using a sharp knife, cut the kernels from the cob. Run the back of the knife along the cob to scrape the corn milk from the cob. Repeat with the remaining ears of corn. Add half the corn to a high-powered blender or a food processor. Add the half-and-half and Parm; puree. Transfer the corn puree to a large deep skillet.

In a large skillet, heat the oil, one turn of the pan, over medium-high. Add the pancetta. Cook, stirring often, until the fat begins to render, 2 to 3 minutes.

Salt the boiling water and add the pasta. Cook until 1 minute shy of the package directions. Scoop out about 1/2 cup of the cooking water. Drain the pasta.

Using a slotted spoon, transfer the pancetta to a plate. Add the remaining corn kernels, the scallion whites, chiles, and garlic to the skillet. Cook, stirring often, until the scallions are soft, 3 to 4 minutes; season with salt and pepper.

Add the pasta to the corn puree and, using tongs, toss over medium-high heat until the corn is heated through, about 1 minute, Serve in shallow bowls or on a large platter. Top with the corn kernels, scallion greens, pancetta, and parsley.

Comfort Food Pasta Vegetarian Winter
This recipe originally appeared on the Rachael Ray Show. For more recipes and videos from...