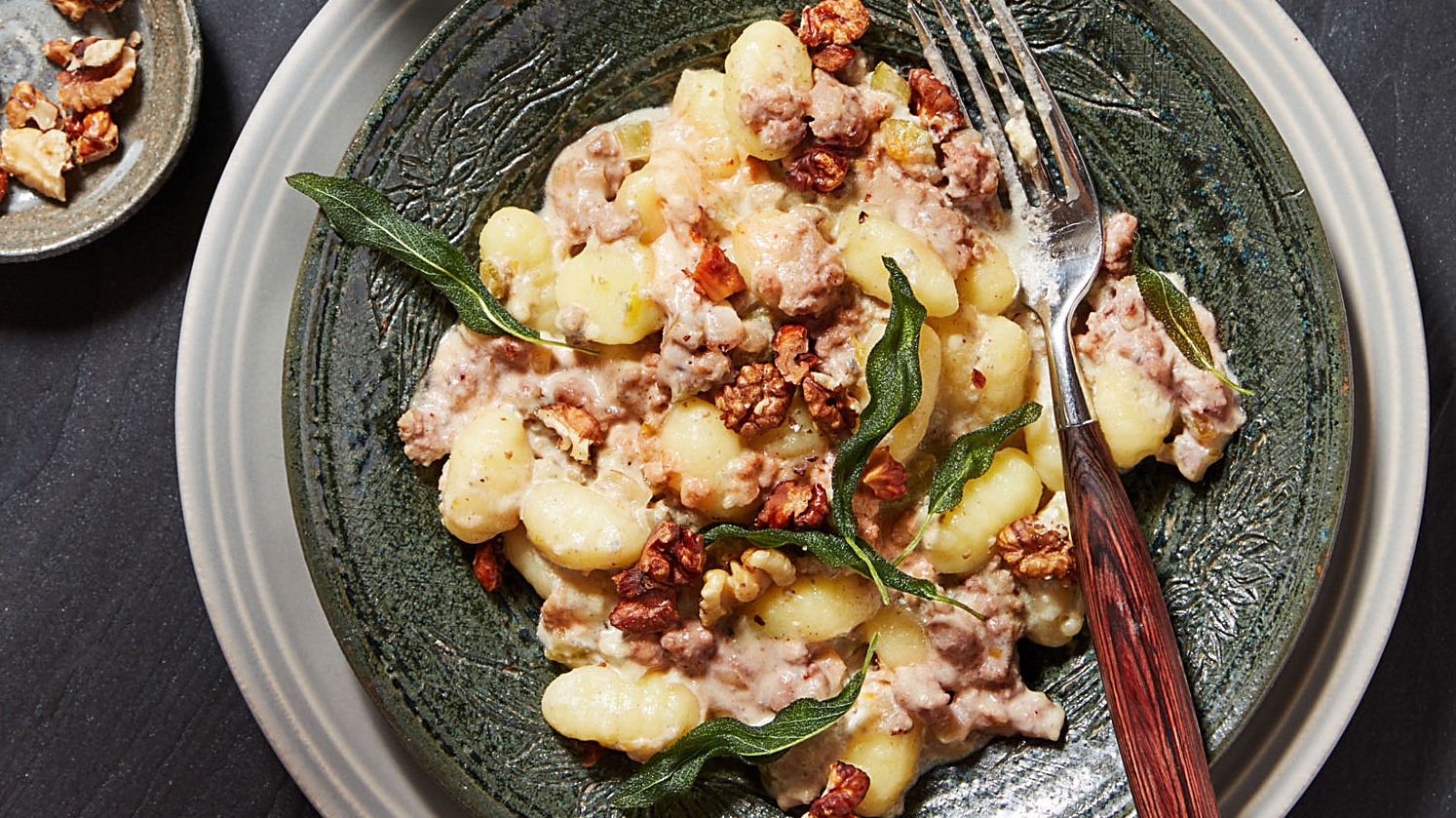 This dish is so rich but so worth it.

Bring a large pot of water to a boil for the gnocchi.

In a small skillet, melt the butter over medium heat. When it foams, add the sage leaves. Fry until golden, about 5 minutes. Transfer to a paper towel–lined plate and let cool. Remove the nutty, brown butter from heat.

Reduce the heat of the boiling water to medium so it is gently boiling. Salt the water and add the gnocchi. Cook, stirring often, until the gnocchi float to the surface and are just cooked through, about 3 minutes.

Using a spider or strainer, transfer the gnocchi from the water to the sauce. Add the brown butter and a handful of Parm; toss to coat the gnocchi and melt the cheese. Serve in shallow bowls and top with the nuts and crispy sage leaves.