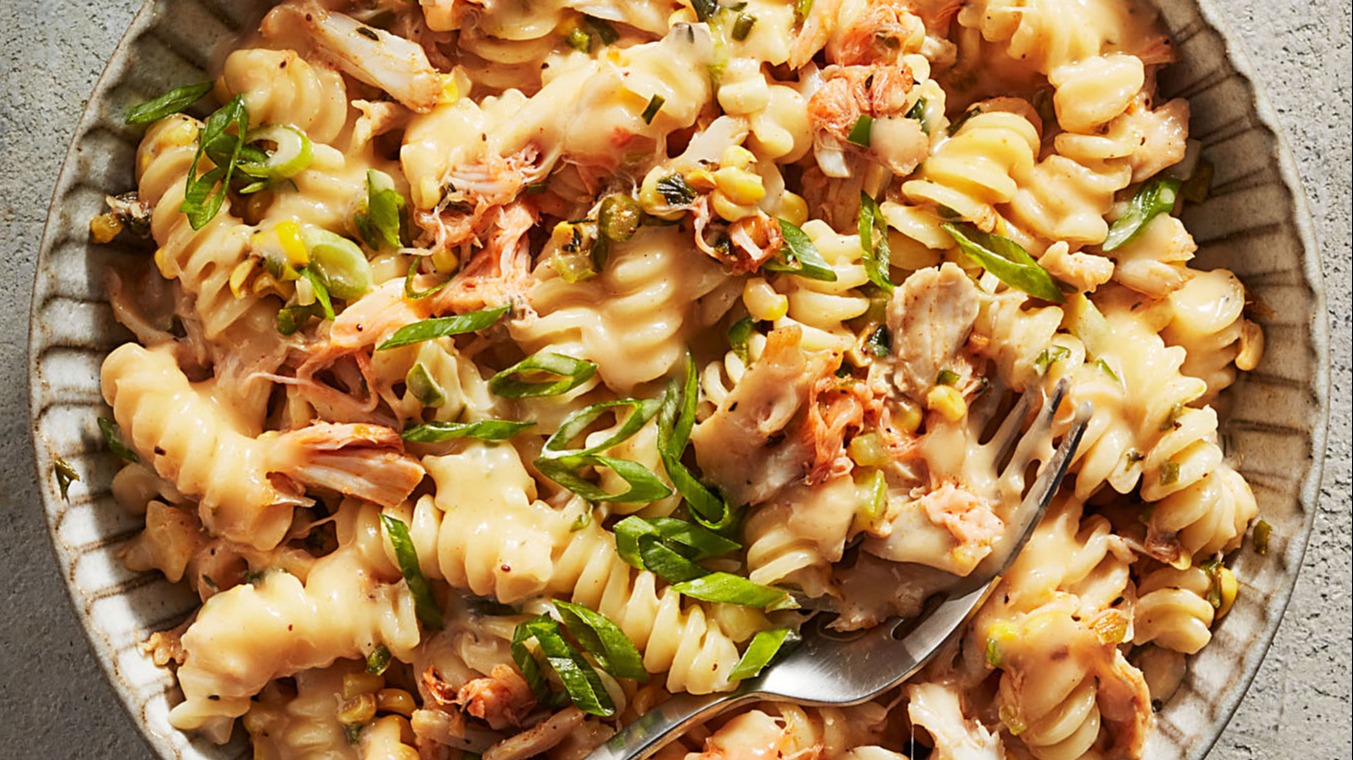 Fusilli Mac and Cheese with Crab

Invert a small bowl inside a large bowl. Stand 1 ear of corn on the small bowl. Using a sharp knife, cut off the kernels. Use the flat edge of the knife to scrape the juices from the cob. Repeat with the remaining ears of corn.

In a large skillet, melt 2 tbsp. butter over medium-high heat. When it foams, add the scallions, celery, chiles, thyme, garlic, bay leaf, and corn; season with salt and pepper. Cook, stirring often, until the vegetables soften, 5 to 6 minutes. Stir in the crabmeat, Old Bay, and hot sauce.

Salt the boiling water and add the pasta. Cook until 1 minute shy of the package directions.

In a large bowl, toss both cheeses with the cornstarch. Stir in the evaporated milk.

Drain the pasta and return it to the pot. Add the remaining 2 tbsp. butter and the cheeses. Toss the pasta over medium heat until the cheeses melt and the sauce is blended, 1 to 2 minutes. Mix in the vegetables and crabmeat; season.

Shrimp with Sage and Pancetta

Comfort Food Fish and Seafood Pork Rachael Ray Show
This recipe originally appeared on the Rachael Ray Show. For more recipes and videos from...
Check Out Our New Arrivals!