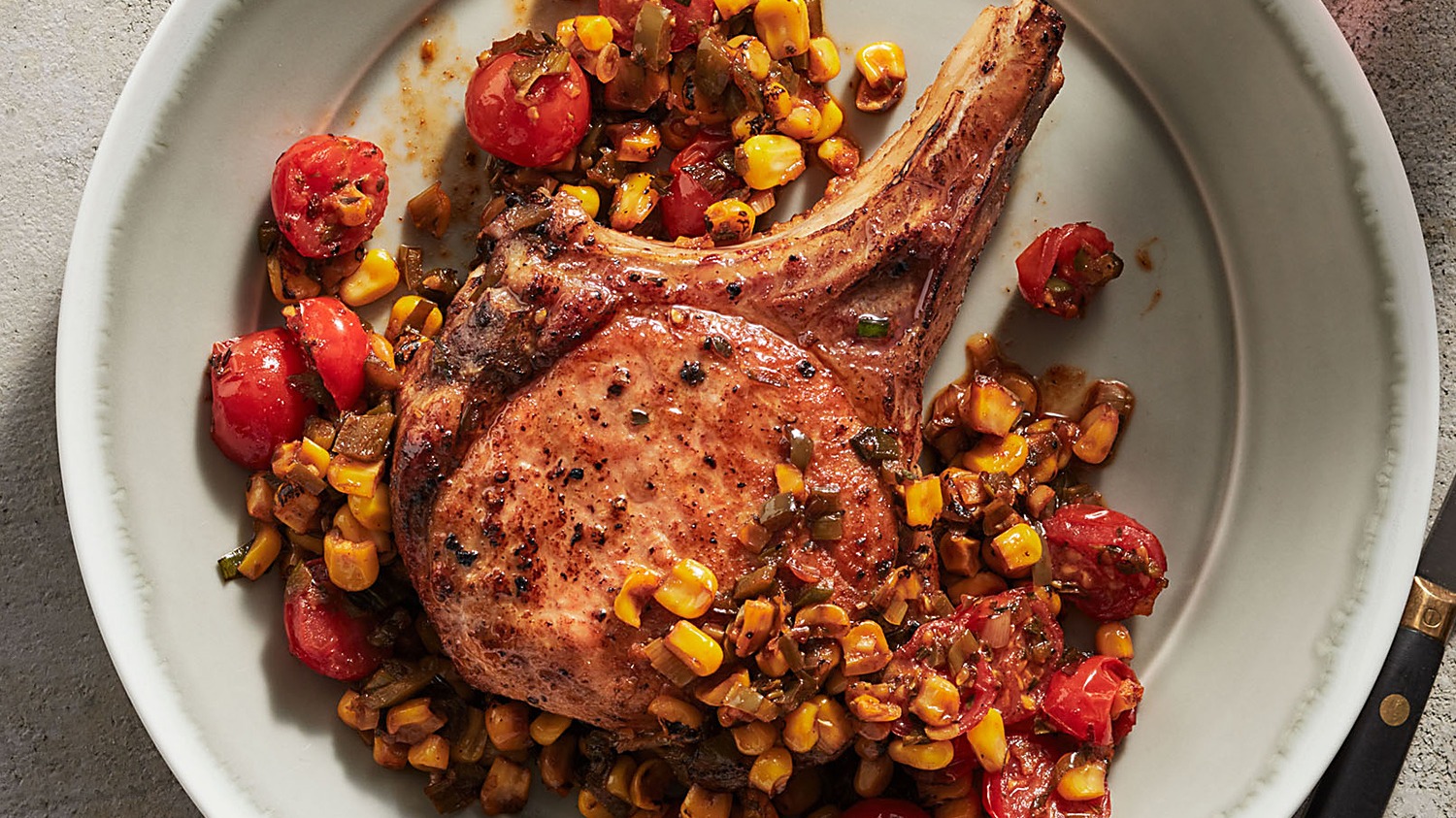 Heat a large cast-iron skillet over medium-high. Season the chops generously with salt and pepper. In the skillet, heat the oil, two turns of the pan. Add the chops and cook until browned, about 5 minutes per side. Transfer the chops to a plate.

Add the butter to the skillet. When it foams, add the corn, scallions, tomatoes, chiles, Tabasco, agave, thyme, garlic, and dried oregano. Nestle the chops in the corn in the skillet. Roast in the oven until an instant-read thermometer inserted horizontally into the chops registers 145°, 10 to 15 minutes.

Rachael Ray Mag...
These potatoes mix in parsnips and garlic for tons of hearty flavor.

Rachael Ray Mag...
This zingy burger is just what you need to get you through winter – and...
Check Out Our New Arrivals!