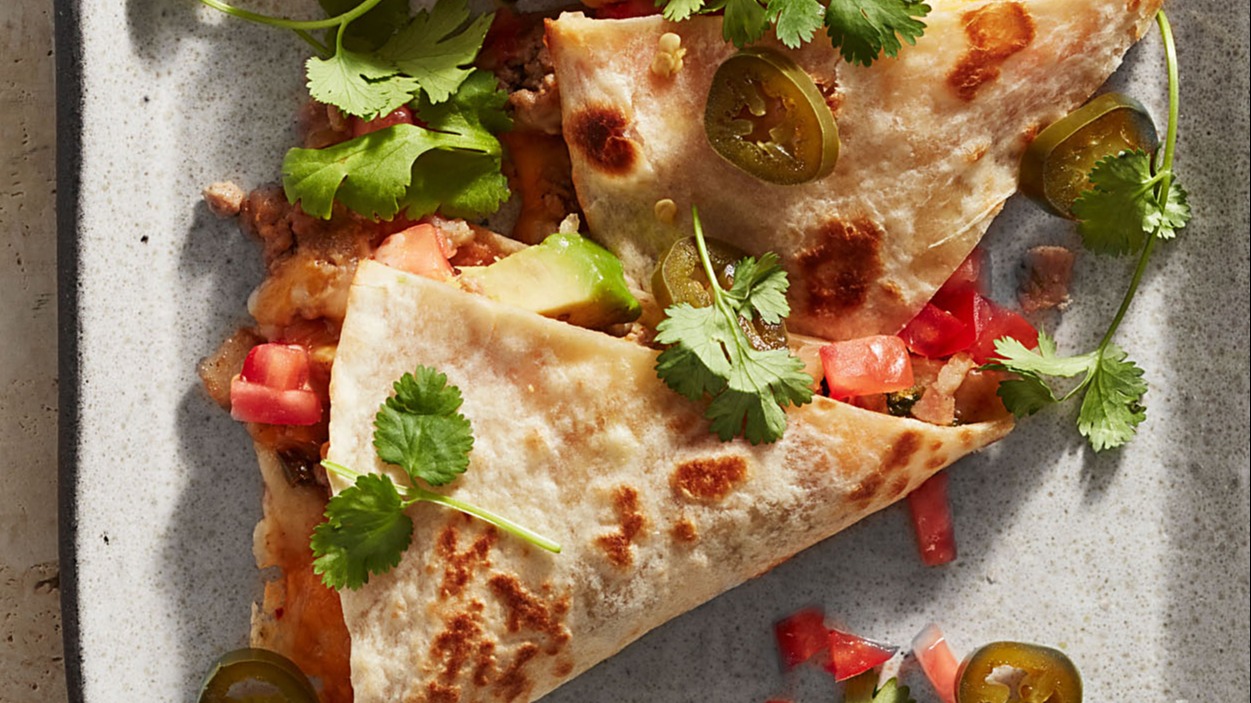 In a medium bowl, mix both cheeses with the crema.

Cut the quesadillas into wedges. Top with pickled jalapeño slices and cilantro. Serve with lime wedges.

Comfort Food Make Your Own T...
I have a particular way I like to make pot pies: I bake the tops...

Beef Cinco De Mayo Make Your Own T...
Steak marinated in a zesty Mexican mixture of herbs and spices is a scrumptious filling...
Check Out Our New Arrivals!