free shipping on all orders! 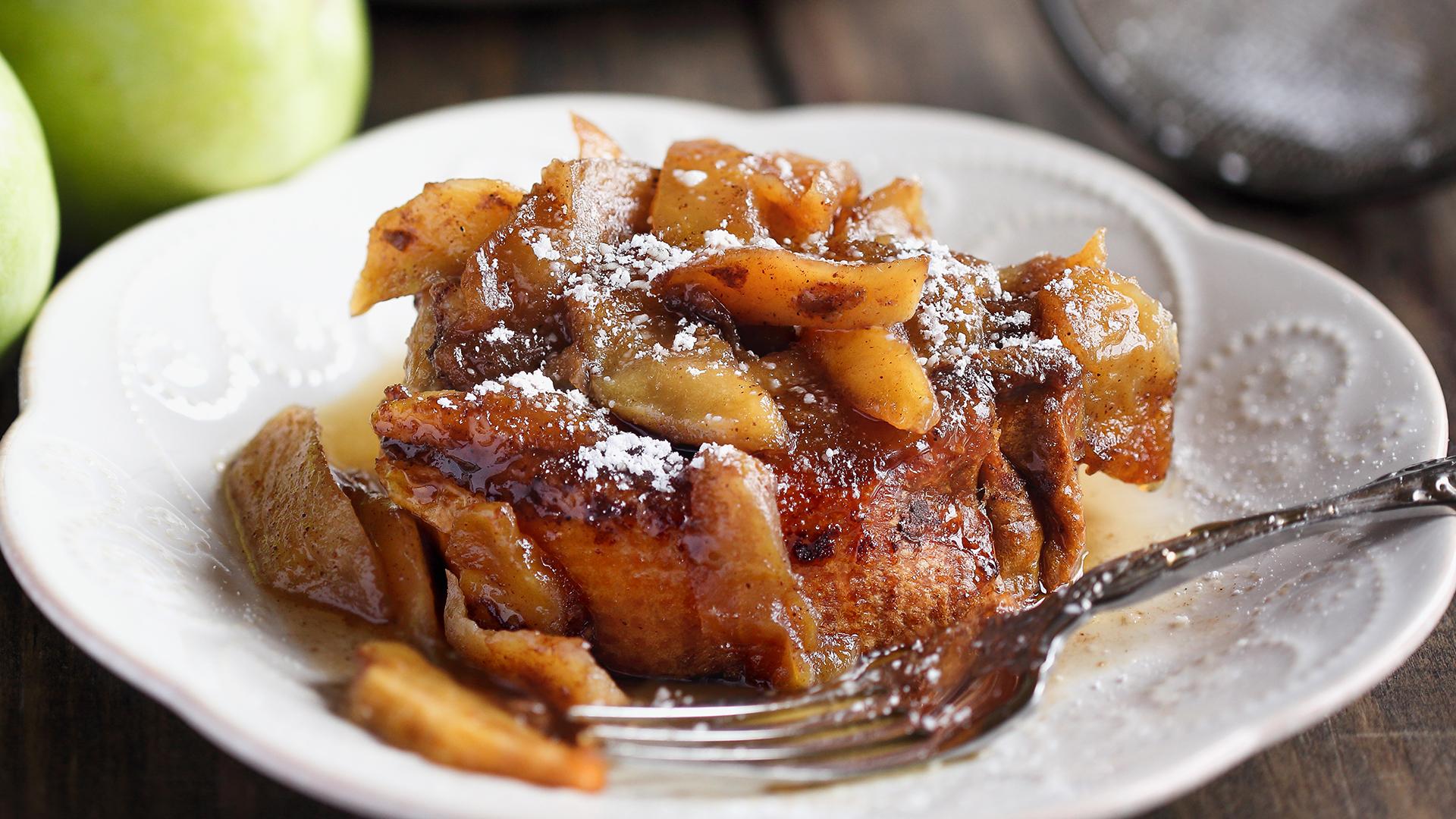 Preheat a large skillet over medium-high heat with 2 turns of the pan with EVOO, about 2 tablespoons. Add in breakfast sausage, thyme and sage, and cook until crisp and golden brown. Let cool.

With 1 tablespoon of butter, generously grease a 9x13 casserole dish. In the dish, toss the sausage and herb mixture with cubed bread, pecans and apples.

In a large mixing bowl, combine the eggs, 1/2 cup maple syrup, milk, cinnamon, nutmeg and salt, and whisk until blended. Pour over the bread and sausage mixture, making sure its covered evenly. Cover with foil and place in the refrigerator overnight.

The next day, preheat the oven to 375F. Dot the top of the casserole with 1 stick of butter. Bake covered for 1 hour, until puffed and remove foil and bake uncovered until golden brown, around 15 minutes.

Over medium heat, in a small saucepot, combine 1/4 cup maple syrup, lemon peel and cinnamon stick until warmed through.

To serve, scoop casserole onto a plate and serve with warm maple syrup on top.

4th of July Brunch Dinner Fruit Kid Friendly Lunch No-cook Salads Summer Cookout Vegetables Yum-o! The Fami...
Serve this with burgers as a nice side salad.  It goes really well with our...

4th of July Sides Summer Summer Cookout Vegetables
Serve as a crunchy side to The Pittsburger and other burgers, sammies and wraps.

30 Minute Meals 4th of July Boiled Cheese Lunch Pasta Salads Sides Summer Cookout Vegetables
This is a great dish for picnics and potlucks. For a complete meal, serve with...
Check Out Our New Arrivals!