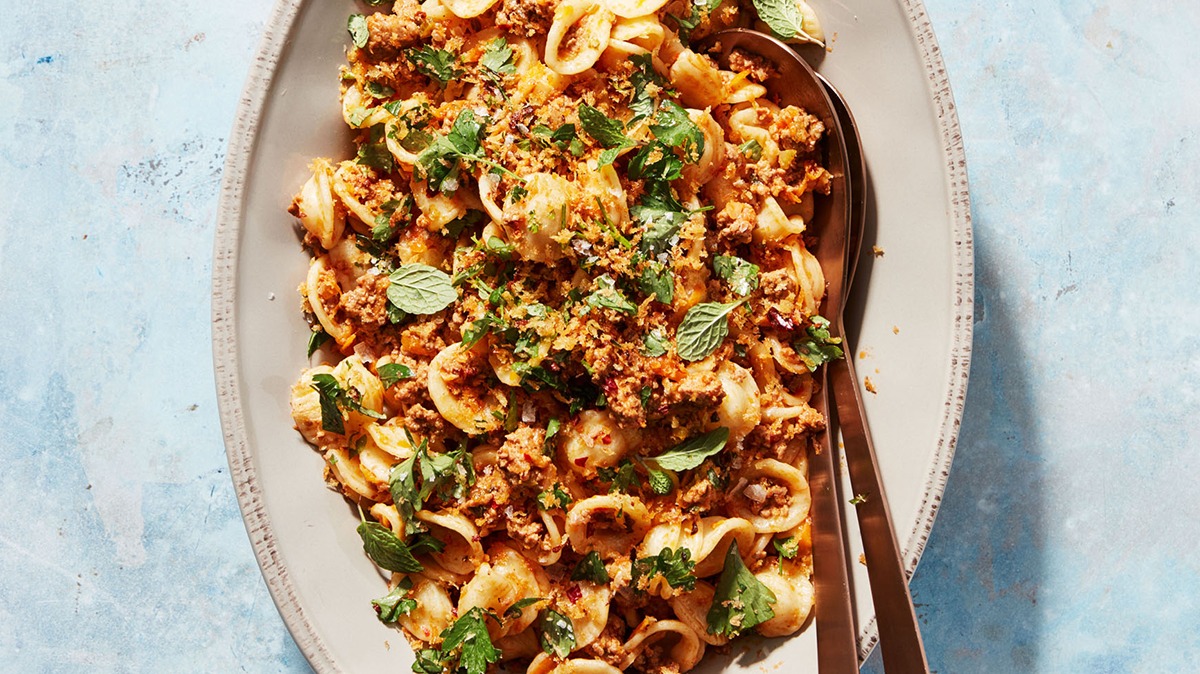 Instead of the traditional tomato ragu, this one is made with stock and milk.

For the breadcrumbs, in a skillet, heat the oil, two turns of the pan, over medium-high. Add the butter and let it melt into the oil. Add the garlic. Cook, stirring often, until fragrant, about a minute. Add the breadcrumbs. Cook, stirring often, until toasted and deep golden brown, 3 to 4 minutes; season with salt and pepper. Transfer to a plate and let cool. Mix in the mint and parsley.

Fall Salad Sides Vegetables Winter
This recipe originally appeared on the Rachael Ray Show. For more recipes and videos from the...

Rachael Ray Show Sides Vegetables
This recipe originally appeared on the Rachael Ray Show. For more recipes and videos from...
Check Out Our New Arrivals!