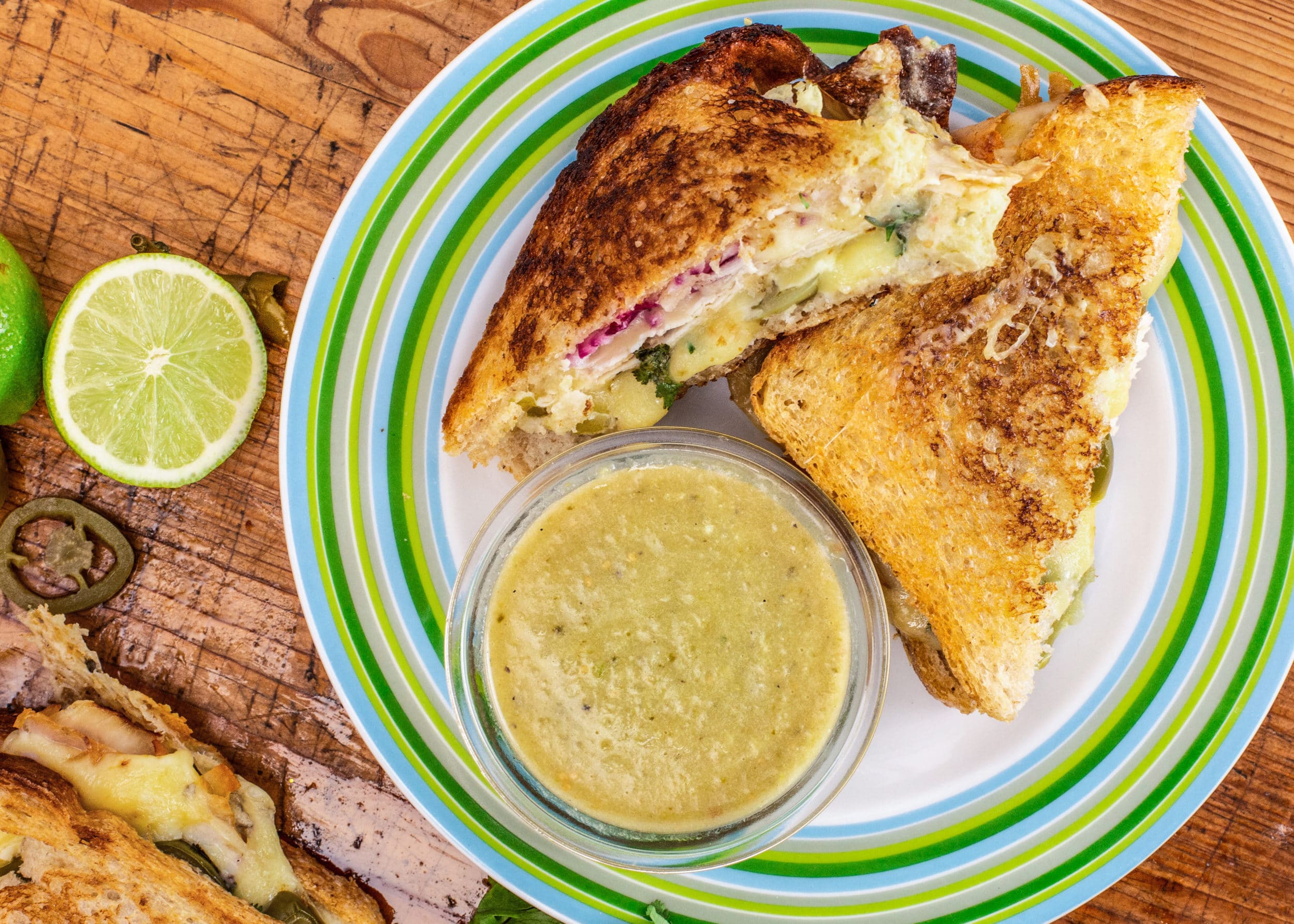 For the dipper, heat a large saucepan over medium-high. Add the oil, two turns of the pan. Add the onion, chile, and garlic; season with salt and pepper. Cook, stirring occasionally, until softened, about 5 minutes. Add the stock and tomatillos. Bring to a boil. Simmer until the tomatillos break down, 5 to 10 minutes. Stir in the sour cream. Remove from heat and transfer to a blender. Add the lime juice. Puree to make a sauce. Return the dipping sauce to the pan and keep warm over low heat.

For the sandwiches, heat a griddle pan over medium to medium-high.

In a small bowl, toss the onion with the lime juice; season with salt and pepper. Spread the butter on 1 side of each slice of bread. Build the sandwiches with the bread (buttered sides out), the pickled jalapeños, cilantro, pepper Jack, turkey, Swiss cheese, and pickled onion. Griddle the sandwiches, turning occasionally, until the bread is deep golden and the cheeses melt, about 5 minutes.

Cut the sandwiches from corner to corner. Serve with the dipper in ramekins or small cups.

Rach's Burger of the Month: Green...

Rachael Ray Mag...
"Any harissa paste is fine here, but the added floral boost from the rose harissa...

Rachael Ray Mag...
This is a burger my mother would love—not too heavy, served on toast with the...
Check Out Our New Arrivals!