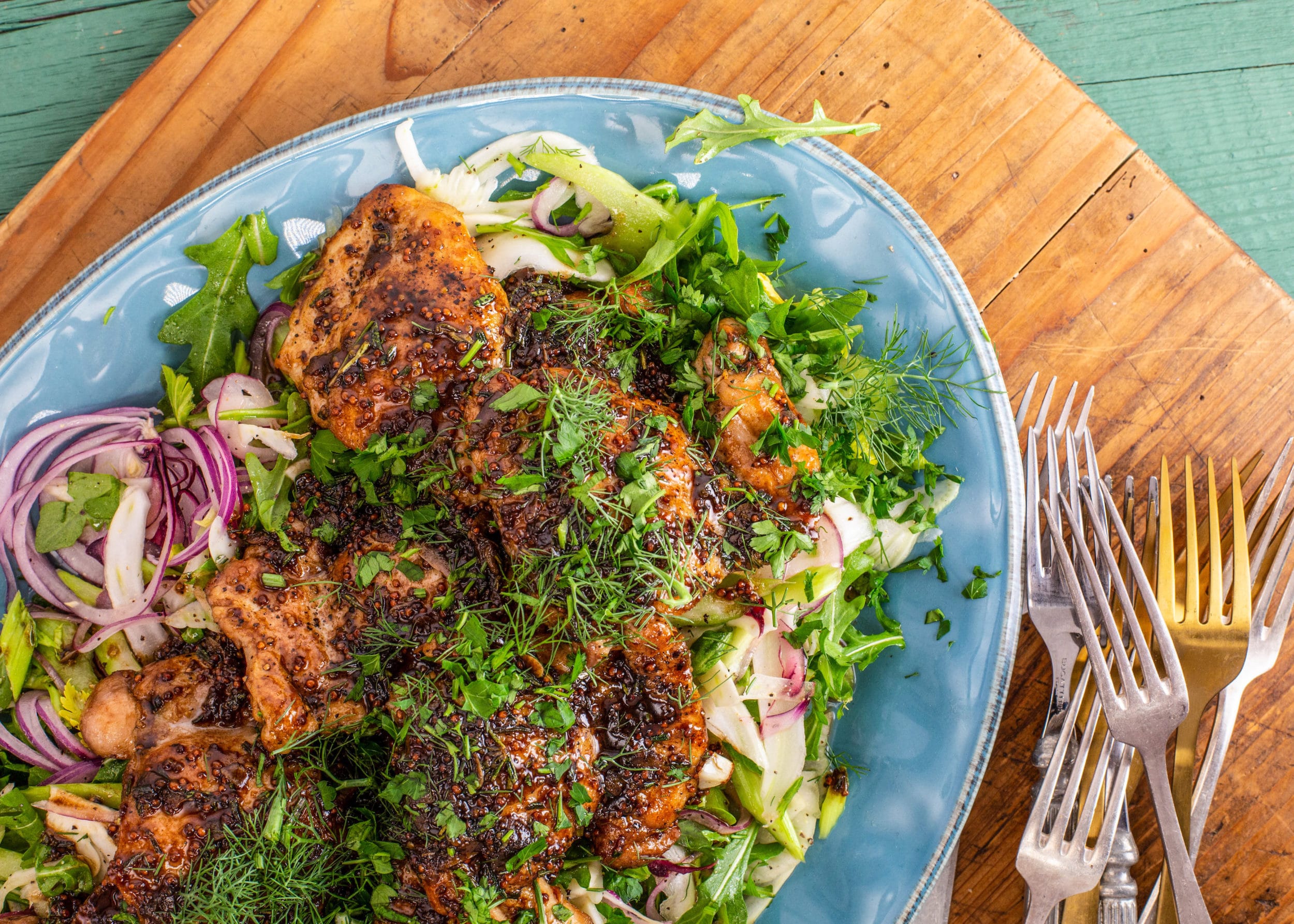 In a large bowl, toss the fennel, celery, onion, lemon juice, and EVOO; season with salt and pepper. Let the slaw marinate while you prepare the chicken.

Heat a large cast iron skillet over medium high. Season the chicken with salt and pepper. Add 2 tablespoons olive oil, two turns of the pan, to the skillet. Add the chicken. Cook until browned and cooked through, 3 to 4 minutes per side. Transfer to a plate. Reduce heat a bit and add the remaining 1 tablespoon olive oil, one turn of pan, to the skillet. Add the garlic and stir until aromatic, about 1 minute. Add the vinegar, sugar, rosemary, and Worcestershire and cook, stirring often, until reduced and thickened a bit, about 1 minute. Stir in the Dijon. Add the chicken and turn until coated. Cook until heated through, about 1 minute more.

Mix the arugula and parsley into the slaw. Serve the chicken whole or sliced with the slaw alongside.

Rachael Ray Mag...
"John missed many steak-and-whiskey nights with his law school buddies in 2020, so this dish...