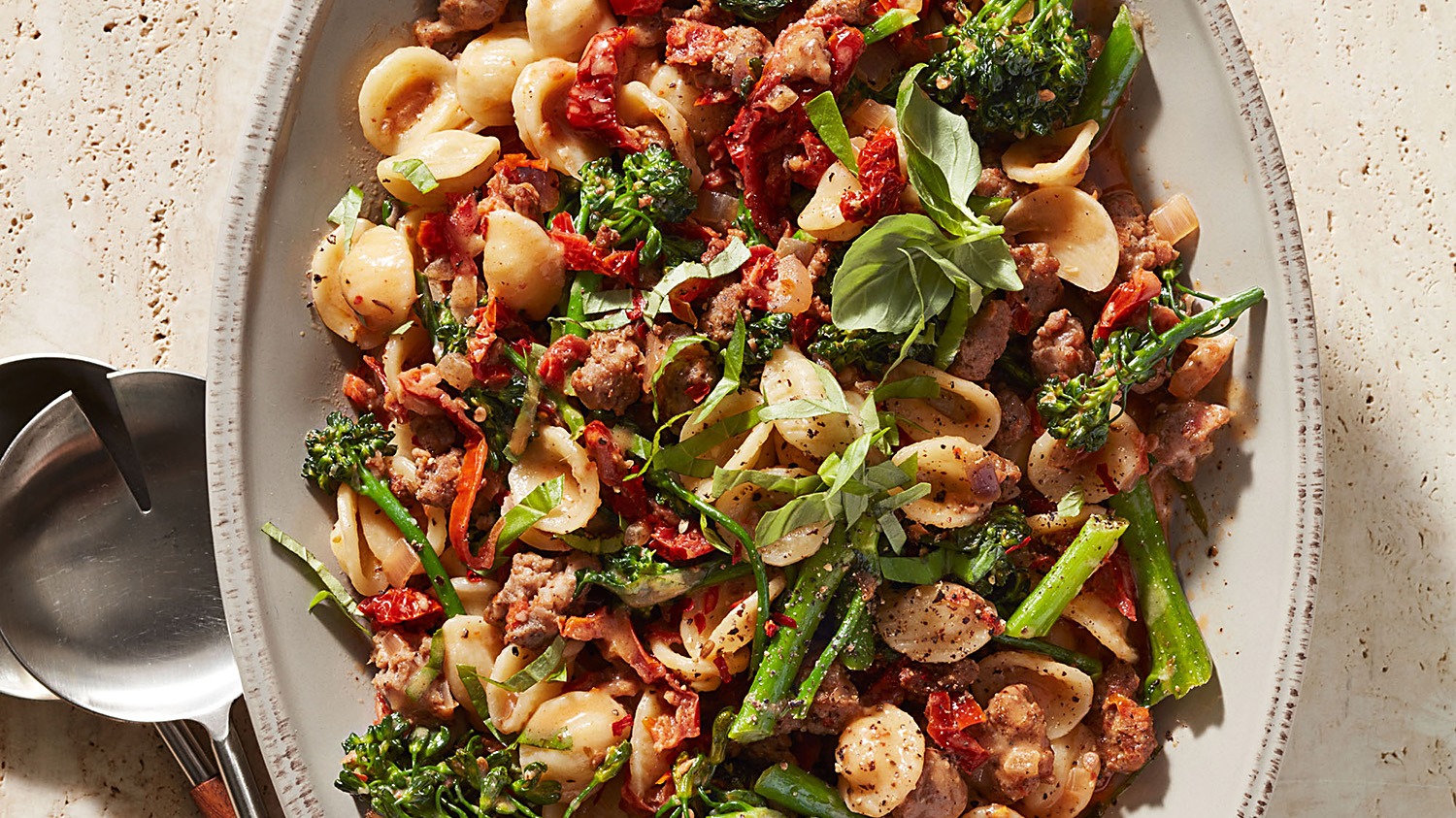 In a small bowl, cover the sundried tomatoes with very hot water. Let stand until softened, about 10 minutes. Drain and rinse, then chop or thinly slice.

Divide among bowls or serve in a large bowl. Top with the basil.

One-Skillet Fish with Asparagus and Green...

Burgers Sides
This recipe originally appeared on the Rachael Ray Show. For more recipes and videos from...
Check Out Our New Arrivals!