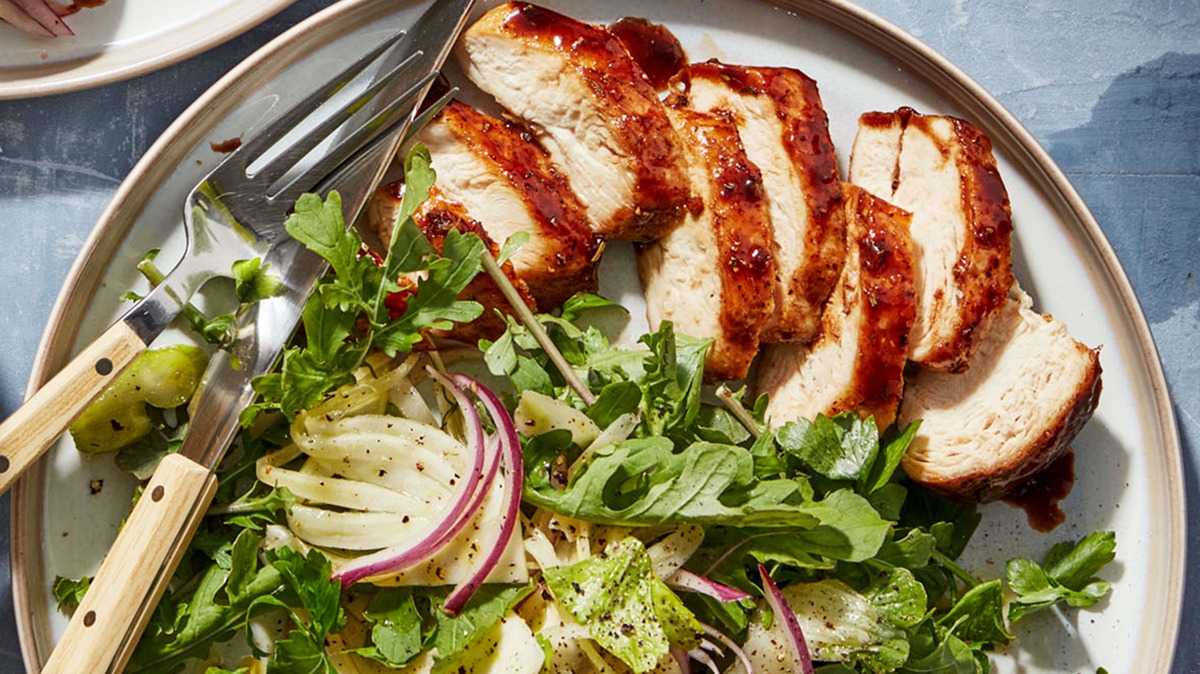 This is a four-season family favorite.

In a large bowl, toss the fennel, celery, onion, lemon juice, and EVOO; season with salt and pepper. Let the slaw marinate while you prepare the chicken.

Heat a large cast-iron skillet over medium-high. Season the chicken with salt and pepper. Add 2 tbsp. olive oil, two turns of the pan, to the skillet. Add the chicken. Cook until browned and cooked through, 3 to 4 minutes per side. Transfer to a plate. Reduce heat a bit and add the remaining 1 tbsp. olive oil, one turn of pan, to the skillet. Add the garlic and stir until aromatic, about 1 minute. Add the vinegar, sugar, rosemary, and Worcestershire and cook, stirring often, until reduced and thickened a bit, about 1 minute. Stir in the Dijon. Add the chicken and turn until coated. Cook until heated through, about 1 minute more.

Mix the arugula and parsley into the slaw. Serve the chicken whole or sliced with the slaw alongside.

Chicken Fish and Seafood Spring
This recipe originally appeared on the Rachael Ray Show. For more recipes and videos from...